Every child has the right to be protected, fed, cared for and educated,

express yourself and have free time.

There are no limits when it comes to helping those most in need.
small hearts is committed to helping needy children in Russia, Ukraine and Cambodia.

Thousands of people have died since then, cities like Mariupol lie in ruins and, according to the UN, at least 12 million Ukrainians have been displaced, half of them children. More than five million people have fled to neighboring countries, while it is estimated that there are still seven million refugees in Ukraine itself. Many would like to leave Ukraine but are trapped in their own cities. This tragedy is compounded by the separation of adult men, husbands, brothers, sons, fathers and their families.

Children continue to be killed, wounded and deeply traumatized by the violence around them. At least two children have been killed and many more injured every day since the war began. Many have seen things that no child should ever see.

The volunteers from small hearts put their hearts and souls into helping as many children as possible. This has become our mission and our purpose in life.

You can help the Ukrainian children...

... by sponsoring an evacuated orphan living in Austria. Know more >

... with a donation that will enable us to support the 61 young children and orphanage staff who have been evacuated from central Ukraine and are living in Austria.

Cambodia is one of the poorest countries in Asia with an annual GDP per capita of US$1.579.

Limited human resources and high income inequality are influential factors in poverty in Cambodia.
37% of Cambodian children under the age of five suffer from chronic malnutrition.
Only 24% of Cambodians have access to electricity, 64% to clean water and 31% to adequate sanitation.

Cambodia also struggles with a lack of adequate education and limited job opportunities.

You can help the Cambodian children...

... by sponsoring a needy child who lives in one of the two children's homes supported by small hearts.

... with a donation that enables us to contribute towards the costs of educating 120 children living in the FLO children's homes in Phnom Penh and Ratanakiri. 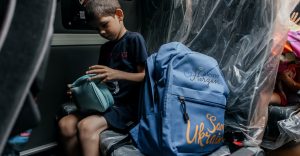 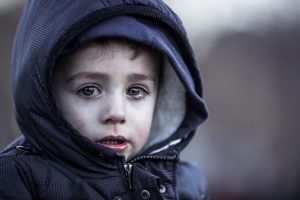